"Gnashing, Gnawing, and Grinding: The Science of Teeth" - An Interview with Tesla Monson of UC Berkeley

1. What made you want to study mammals? 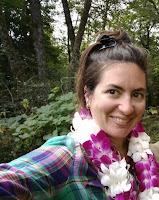 Growing up in Washington State, I was always really interested in biological life, and particularly animals and plants. When I first learned about Paleolithic cave art in my undergraduate anthropology class, which is some of the oldest and most beautiful art, dated to more than 30,000 years ago, I became fascinated with the seemingly timeless question, "What makes us human?", "What makes me, me?, "What makes humans unique from other animals?" And "What makes non-human animals different from each other?" Because these questions are focused on trying to place humans within the context of evolution and life on this planet, and because humans are mammals, I have been studying mammals ever since. But it doesn't seem out of the realm of possibility that I will expand to other groups of living organisms within my career (such as birds, or even plants), because the same basic principles of evolution guide all life as we know it, mammalian and otherwise.

2. What are the best parts of your job?
There are many parts of my job that I love a lot. I love being able to travel all over the world to look at museum collections and share my research at conferences. I love collaborating with scientists, and being able to share my work with students and interested parties of all ages. And I definitely love the feeling of holding a multi-million year old fossil in my hand. But I think the best part of my job is being able to spend my days researching, and studying, and trying to answer questions that no one has ever answered before. There is no greater feeling than the feeling of discovery, that I have uncovered something, or shown evidence for something that no one else in the history of the world has ever shown. I love being able to use my brain every day to ask questions that interest me, not for money or for fame (because there's not a lot of that in science), but because I am truly interested. For me, the best part of my job is getting to spend every day thinking with a free mind and a brain that belongs exclusively to me, and getting to contribute new information to the world, and to science, as I go.

3. What are the worst parts of your job?
There are many different aspects of hardship in science. I think that one of the worst things about my job right now is seeing how science, education, knowledge, and facts are under attack on a daily basis, not only from the general public but also from our government. This is extremely disheartening, but it makes what I do even more important, and it makes sharing that science with the public particularly crucial. One of the other worst things about my job is seeing how people of color, and women, and people from diverse backgrounds, have to face bias and discrimination in science, and in academia in general. Many studies have shown that having diversity in science only contributes to the overall quality of the science that gets done, and makes the science and the learning process better. We need more role models in science that come from diverse backgrounds and are invested in recruiting and training new generations of scientists that further contribute to that diversity. And we need to support our scientists from diverse backgrounds as they progress through their careers, because it's always harder to do something when you are one of the first to do it. Again, that's another reason that I feel that public outreach, and giving public lectures, and showing up as a role model, are so important.

4. What does it mean to be a scientist?

This is a great question, and one that I am still not sure I know the answer to. I used to think that being a scientist meant doing research, and publishing, and that was it. But now I know that being a scientist goes so far beyond that. As I mentioned before, there are many hardships and obstacles in science, and some of those adversely affect some groups more than others. So I think that a big part of being a scientist is being committed to improving the discipline, through maintaining strong scientific ethics and integrity in science, and through recruiting new generations of people from diverse backgrounds into science. I also think that being able to communicate science to people outside of the discipline, whether they are other researchers, or just interested members of the public, it is a very important part of what it means to be a scientist. To this end, I have hosted and produced a radio talk on graduate student research, science communication, and the importance of diversity in science, that has been broadcasting for the last four years on KALX 90.7 FM in Berkeley and is available as a podcast. I am currently training new students to take over the radio program (The Graduates on KALX 90.7 FM), and I look forward to seeing how the new broadcasters develop as scientists and science communicators as they take over the show.

5. What current research are you working on?
My current research focuses on understanding the evolution of the skull and teeth in mammals, and particularly in primates. As I will talk about in my lecture, teeth are extremely important for all mammals, not only because they are essential for diet and what we eat, but also because they play important roles in behavior, health, and they are well-preserved in the fossil record. The skull is also very important because it contains the majority of our sensory organs (eyes, nose, ears, mouth), and one of the most important parts of any vertebrate, the brain. To conduct this research, I travel to museums across the United States and in Africa to look at museum collections of extant (recently living) and fossil mammals. I measure the skulls and teeth of these animals and use statistical analysis to better characterize how animals look different from each other, with the goal of understanding how variation evolved in mammals over the last 60 million years. 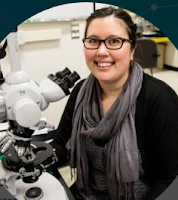 Jennifer Runyan is a Science Communication Fellow and works for the Ocean Exploration Trust. She received BS in Marine Biology and an Environmental Studies degree. She explores the organisms and nutrients in the ocean and has went to many places such as the Gulf of California.

1. What made you want to study hypothermal vent communities?

I applied for a Science Communication Fellowship to be able to learn new ways to communicate science and thought exploring the deep sea and hypothermal vents would be a great way to go.

2.  What are the best parts of your job?

Working with people from diverse backgrounds and responsibilities on the ship, from video engineers, Remotely Operated Vehicle pilots, to the scientists.

3. What are the worst parts of your job?

The late night watch shifts can be a bit challenging for me to stay up for!

4. What organisms and nutrients do you find deep down in the ocean?

We have found many organisms from various types of tube worms, fish, octopi, deep sea jellies, and other invertebrates. We have found some very exciting organisms such as the mysterious purple orb, a dead whale fall, and the adorable googly eyed stubby squid. As for nutrients, it depends on the location and what kind of geological or biological activity is present.

5. What was your favorite deep sea adventure?

I enjoyed getting a chance to see the biological diversity of life around differing hypothermal vents within the Gulf of California.