Virtual reality is when a computer generates an artificial simulation. By simulating a person's vision and hearing, virtual reality makes a person feel like they are experiencing the video game firsthand. To experience virtual reality, people wear a headset. There are two main reasons why people use virtual reality. One is for entertainment and gaming (E.g.: computer and video games, 3D movies) because it helps create and enhance an imaginary reality. Virtual reality is also used to help train for real-life situations by creating a simulation. This helps people be able to practice the situation beforehand, and therefore be prepared if and when the situation comes up in real life. Pilots often use flight simulators to train for real-life situations.

3D animation can help people see Albert Einstein's Theory of Gravity. Einstein visualized that gravity is not a force and instead is a curvature of time and space which is caused by energy and mass. Einstein said that gravity and acceleration are the same thing. Meanwhile, Isaac Newton thought that gravity was separate from acceleration. 3D animation allows people to run physics experiments to test Einstein's theories. The physics experiments show how gravity works, where people's weight comes from, and the effect of mass.

To learn more about virtual reality, augmented reality, artificial intelligence, 3D animation, and Einstein's Theory of Gravity, come to the Marin Science Seminar at Terra Linda High School in room 207 on Wednesday, September 25. David Levitt of Pantomime Corporation will be speaking. Join us and learn! 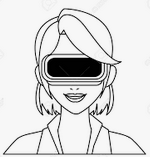 Dr. Levitt will present on augmented/virtual reality and Artifical Intelligence, and will show how 3D animation helps us visualize Einstein’s theory of gravity. He will also give a pep talk about becoming a self-taught Swift mobile software developer. 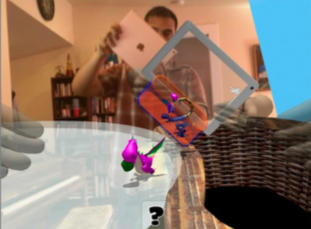 reality innovator, mobile software developer, entrepreneur, physicist and writer. He was on the founding team of the MIT Media Laboratory, on the team at VPL Research that created the first commercial virtual reality systems, and he was a co-founder of Atari research laboratories. Levitt’s doctoral thesis ‘A Representation for Musical Dialects’ includes algorithms for classical and jazz composition and improvisation, such as piano arrangements in Fats Waller’s style. Levitt holds patents for inventions in virtual and augmented reality, and intelligent media processing software. He earned his doctorate in Artificial Intelligence at MIT and his BS in Engineering and Applied Science at Yale. Prof. Levitt has taught at MIT, NYU and SRJC.
By MSS at September 22, 2019 No comments:

Join us and Learn!  Please share if appropriate. We have targeted extra credit forms available at all sessions. We will send out a more detailed email about the talks before each presentation. More details can be found at marinscienceseminar.com.
Download the Fall 2019 flyer here.
SEPTEMBER 2019
OCTOBER
NOVEMBER
By MSS at September 15, 2019 No comments: