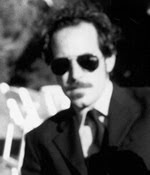 
Dr. Schneider will overview experiments in his laboratory that have revealed molecular and cellular processes involved in facial patterning. He will describe how his studies to understand the basis for skull shape in breeds of dogs led him to create a cell transplant system whereby duck embryos develop with quail beaks. He will bring an assortment of skulls.


Dr. Schneider is on the faculty of the Department of Orthopaedic Surgery at UCSF, and in 2004 he was made Director of the Department's Molecular & Cell Biology Laboratory on the Parnassus Heights campus.
By MSS at October 28, 2009 No comments:

“Stimulating the Brain with Electricity and Stem Cells”

Dr. Lim will discuss Neurosurgery for Parkinson’s Disease and other Tremor Disorders, treatments for such disorders ranging from Deep Brain Stimulation (delivery of electrical currents), and the future of stem cell based therapies of such disorders.


Dr. Lim is Assistant Professor in Residence of Neurological Surgery and Director of Restorative Neurosurgery at the UCSF School of Medicine. The focus of his research is on neural stem cells and neurogenesis. He is particularly interested in the molecular biology of the population of neural stem cells found in the subventricular zone (SVZ). For neural stem cells to make neurons, daughter cells need to express certain sets of genes while repressing others. The maintenance of such lineage-specific transcriptional programs is in part regulated by chromatin structure – the “packaged” state of DNA with histone proteins. Recently, Dr. Lim’s work has revealed that the chromatin remodeling factor called Mixed Lineage Leukemia-1 (MLL1) is essential for postnatal neural stem cells to make new neurons. Currently, his work focuses on the molecular mechanisms by which MLL1 specifies a transcriptional program instructive for neurogenesis. In the future he hopes to define the genetic programs and molecular mechanisms that guide the formation of neurons and glia from SVZ neural stem cells, and translate these discoveries into cell-based and genetic therapies for human neurological diseases.

In addition to his basic science interests, Lim has a clinical interest in stereotactic neurosurgery and has worked to study deep brain stimulation for movement disorders including Parkinson’s disease, essential tremor, and atypical tremors resulting from multiple sclerosis or stroke.

Dr. Hermiston will talk about her training and experience as a physician and research speacialist in the field of pediatric hematology and oncology.


Dr. Michelle L. Hermiston is a specialist in pediatric cancer and blood diseases at UCSF Children's Hospital with a special interest in defining the underlying mechanisms in the development of lymphoid malignancies, including leukemia and lymphoma. She earned her medical degree and doctorate in developmental biology at Washington University School of Medicine and the Division of Biology and Biomedical Sciences. Hermiston completed a fellowship in pediatric hematology and oncology and a residency at UCSF before joining the faculty in 2002. She also participated in a Medical Scientist Training Program at Washington University and at the UCSF Molecular Medicine Research Fellowship Program. She holds memberships with numerous organizations, including the American Society of Hematology and American Academy of Pediatrics. Hermiston is an adjunct instructor of pediatric hematology and oncology at the University of California, San Francisco.