Why are there Stars? 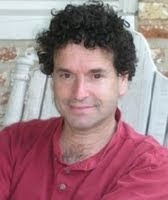 On a clear night, the sky is filled with countless stars. Our Sun is one of them. How do these objects form? In recent decades, astronomers have begun answering this very old question. This progress has occurred despite the fact that the youngest stars are invisible to the eye and even to most telescopes. Along the way, we have learned how planets like the Earth are created as part of the stellar birth process. (February 24, 2010) Get the flyer here.


Dr. Steven Stahler is an astrophysicist at U. C. Berkeley. Raised in Maryland, he attended graduate school at UC-Berkeley in physics. He was a professor at MIT before returning to the Bay Area in 1992. His research centers on the problem of star formation, and he recently coauthored the first comprehensive textbook in the field (“The Formation of Stars,” Stahler & Palla, Wiley-VCH, 2004). Trained as a theoretical physicist, Steve especially delights in the esthetic aspect of his research, which he tries to convey in his numerous public talks.
By MSS at February 24, 2010 No comments:

"We Are Stardust: Genesis of the Elements" with Mary Barsony, Ph.D. 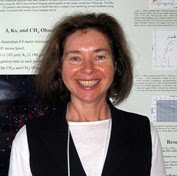 Marin Science Seminar Presentation: “We Are Stardust: Genesis of the Elements” Dr. Barsony's talk focuses on how stars shine and how they have generated the elements. (February 3, 2010) Get the flyer here.
One of the fundamental goals of astronomy and astrophysics is to understand how the Universe and its constituent galaxies, stars, and planets formed, how they evolved, and what their destiny will be. Dr. Barsony's research is focused on the formation of stars out of the raw material provided by tenuous interstellar gas found in frigid clouds in our Galaxy. Since the present birthplaces of stars are hidden by interstellar dust mixed in with the gas, exploring the detailed mechanisms involved in star (and planetary system) formation requires observations at wavelengths whose passage is relatively unimpeded by the intervening dust: radio, millimeter, submillimeter, infrared, and X-ray wavelengths.
Through submillimeter observations in the early ‘90’s, Dr. Barsony helped identify the first true protostar—an object surrounded by infalling gas that is in the process of accumulating the mass it will have as a full-fledged star. Such objects are rare, and the focus of intense current (and future) study, with space-based observatories such as the Spitzer Space Telescope, the Herschel Observatory, and the planned JWST (Hubble’s replacement that wil operate at infrared wavelengths).
Dr. Barsony is Adjoint Professor of Physics & Astronomy at San Francisco State University and a Research Scientist at the Space Science Institute. She earned her Ph.D. from CalTech and her S.B. from MIT.
By MSS at February 11, 2010 No comments: