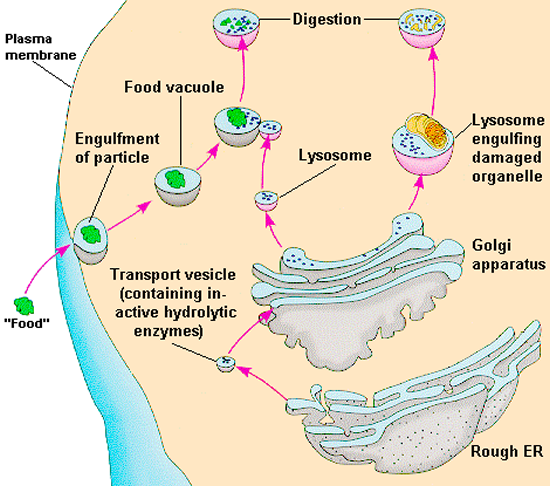 Lysosomes, discovered and named by Belgian biologist Christian de Duve, who eventually received the Nobel Prize in Medicine in 1974, are membrane-enclosed organelles that function as the digestive system of the cell, both degrading material taken up from outside the cell and digesting obsolete components of the cell itself. The membrane around a lysosome allows the digestive enzymes to work at the pH they require. In their simplest form, lysosomes are visualized as dense spherical vacuoles, but they can display considerable variation in size and shape as a result of differences in the materials that have been taken up for digestion. Lysosomes contain an array of enzymes capable of breaking down biological polymers, including proteins, nucleic acids, carbohydrates, and lipids.

The lysosome’s enzymes are synthesized in the rough endoplasmic reticulum. The enzymes are released from Golgi apparatus in small vesicles which ultimately fuse with acidic vesicles called endosomes, thus becoming full lysosomes. Lysosomes are interlinked with three intracellular processes, namely phagocytosis, endocytosis and autophagy. Extracellular materials such as microorganisms taken up by phagocytosis, macromolecules by endocytosis, and unwanted cell organelles are fused with lysosomes in which they are broken down to their basic molecules. 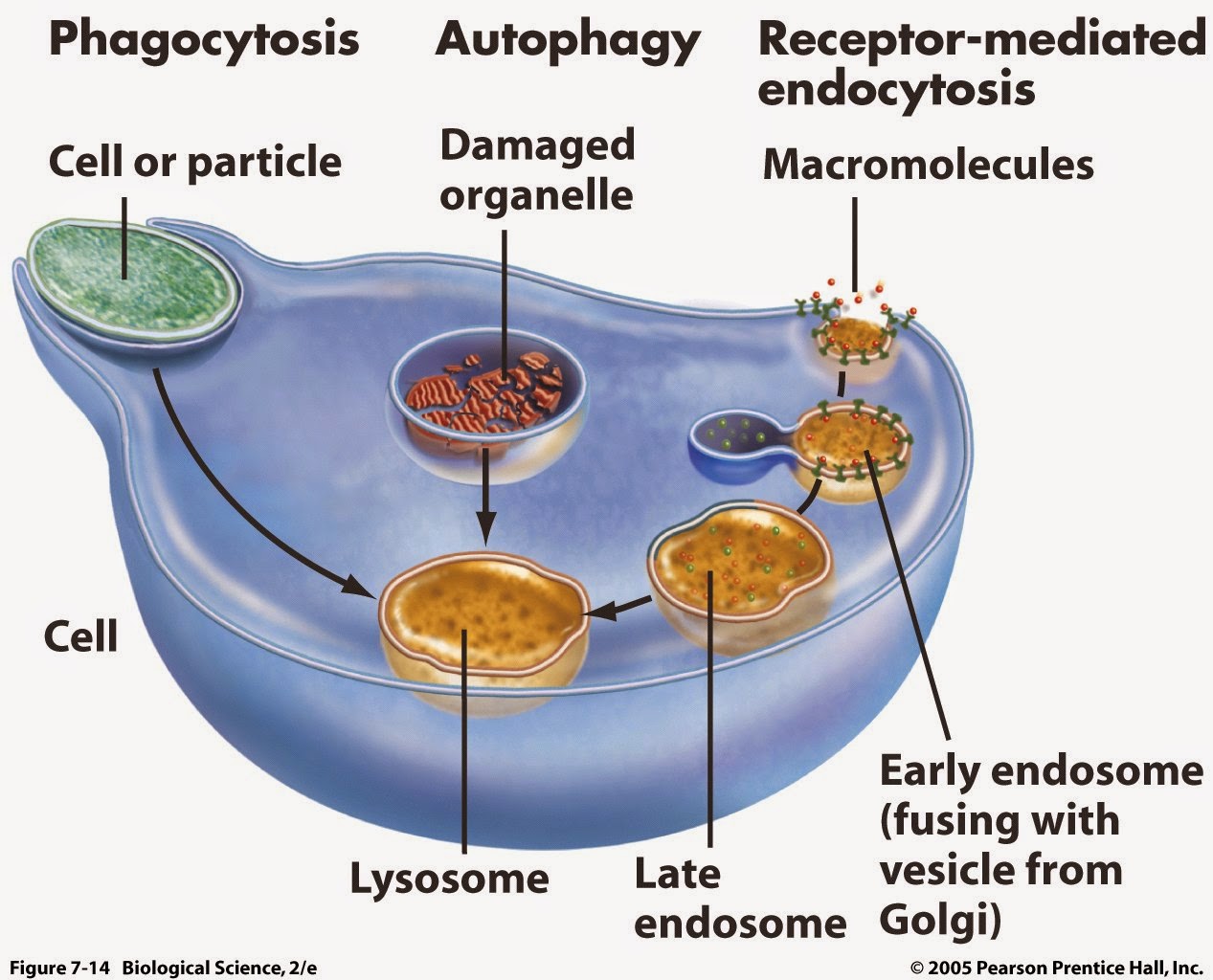 Synthesis of lysosomal enzymes is controlled by nuclear genes. Mutations in the genes for these enzymes are responsible for more than 30 different human genetic diseases, which are collectively known as lysosomal storage diseases (LSD). The group of genetically inherited disorders are a type of inborn errors of metabolism caused by malfunction of one of the enzymes. The rate of incidence is estimated to be 1 in 5,000 live births. The primary cause is deficiency of an acidic hydrolase, a hydrolase which functions best in acidic environments. The initial effect of such disorders is accumulation of specific macromolecules or monomeric compounds, affecting the brain, viscera, bone and cartilage the most drastically.


To learn more about how lysosomes can communicate with the rest of the cell to act as recycling centers of cellular waste material in good times and about how lysosomes can act as overly-filled, toxic trash cans in bad times, contributing to cell death and the onset of disease, join us this Wednesday, April 7th for this week's Marin Science Seminar “Let's Learn About Lysosomes" with Gouri Yogalingam, Ph.D. of the BioMarin in Room 207 at Terra Linda High School in San Rafael.