"What Really Killed the Dinosaurs?" with Courtney Sprain of UC Berkeley's Dept. of Earth & Planetary Science

What Really Killed the Dinosaurs?

Ammonites, pterosaurs, plesiosaurs, and most famously, dinosaurs, are just a small percentage of the 75% of species that went extinct at the Cretaceous-Paleogene boundary. What caused this mass extinction? Was it a giant meteor impact? Massive outpourings of lava and gas? Or something else all together? Join Ph.D. student, Courtney Sprain, as she walks you through the very Berkeley-centric history of the of the mass extinction at the Cretaceous-Paleogene boundary and how current UC-Berkeley scientists are employing new techniques to further understand what really killed the dinosaurs. 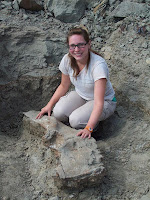 Courtney Sprain is a graduate student in the Department of Earth and Planetary Science at UC Berkeley. In addition to her work at the Berkeley Geochronology Center with Paul Renne on late Cretaceous Earth history, Courtney Sprain works on the records of late Mesoproterozoic paleogeography and paleointensity from the North American Midcontinent Rift in the UC Berkeley Paleomagnetism Lab. 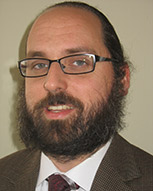 Did you know that each year about 20 million people in the United States get diagnosed with depression? Worldwide, more than 350 million people suffer from depression. Depression is a mental illness where a person's sadness lasts more than two weeks. Depression can lead to all sorts of problems including suicide. Dr. Tobias Marton, Assistant Professor at UCSF, studies and helps people who suffer from depression.

In advance of his talk at TLHS, he provided the following information:

1. What made you become interested in being a Psychiatrist and studying depression?

I became interested in medicine and biology during my junior year of high school while taking AP biology and harboring a mild obsession with the hit TV show ER. Prior to then, I really hadn’t thought too much about becoming a scientist or doctor and was actually much more interested in history and music. The summer between my junior and senior year I was able to get an internship working at a local biotech company that studied genes relevant to neurobiology, and from then on I became very interested in the complexity of the brain. I worked in a couple of different neurobiology research labs during my undergraduate years at Berkeley while taking my premed courses and knew I wanted to practice medicine in either neurology or psychiatry because they both involved different aspects of brain function. It became clear to me during medical school that I was a natural fit for psychiatry because I really enjoyed talking to people and trying to understand their stories and how they came to be who they are today, in addition to having a good temperament in sitting with patients that can pose behavioral challenges.

My interest in studying and treating depression really developed during my psychiatry residency. Depression is very common across all age groups, genders and socioeconomic groups and it’s also a leading cause of suicide in the United States. Many mental health professionals regard the current situation with depression and suicide in the U.S. as a public health crisis, and yet it’s not an illness that we as a society are comfortable discussing and addressing in the open, like we do with other diseases such as cancer and heart disease. We’ve made considerable advances in the last decade in our understanding of the brain and how it changes during depressive illness. These insights are starting to generate new treatments that I am excited to help bring to our patients and their families.

2. What is it about your work that led, you to be given the National Institute of Mental Health Outstanding Resident Award in 2012?

The National Institutes of Mental Health (NIMH) are very committed to supporting psychiatrists with scientific training in developing a career as a physician-scientist in order to help bring new treatments to patients struggling with mental illness. Based on the quality of my PhD work, I was identified by the NIMH during my residency as someone whom they wanted to support and encourage to continue in psychiatric research.

3. What are the hardest parts of your job?

At a very basic level, the practice of medicine is to sit with, and help alleviate, human suffering on a daily basis. For most physicians, this is the very reason we chose a career in medicine and feel it is a great privilege to be present with a patient and family during times of suffering. That being said, this can be an emotionally and physically exhausting line of work. To have a sustainable career in medicine and avoid burnout, it’s really important to have a balanced, positive and rejuvenating life outside of the hospital. Finding that balance on a daily basis is crucial to one’s personal job satisfaction and happiness and is also a constant challenge to maintain.

4. What kind of research are you currently working on?

Currently I am working on publishing some research I conducted during my research fellowship which used optogenetic technology to study the neural circuitry of the prefrontal cortex in mice during a cognitively challenging task. I am also getting started now on a project at San Francisco VA with Dr. Wallace (former Marin Science Seminar speaker) which will investigate the effects of ketamine administration on blood flow to prefrontal cortex in patients with treatment-resistant depression.

5. What advice would you give to people who are suffering from depression?

The biggest challenge mental health professionals face in treating depression and preventing suicide is that many people suffering from depression and suicidal thoughts never seek help. The important thing to know is that there are many effective treatments available that can really help people feel better and like their best selves again, so there is no need to continue suffering in silence. Seek help! Recovery is very possible but only if you make the first step to reach out for help – this first step could include talking to family members, counselors, teachers or your primary physician who can then start the referral process to a mental health professional. You can always call the National Suicide Prevention Lifeline at 1-800-273-8255 which is staffed 24 hours/day. The National Alliance on Mental Illness (NAMI – www.nami.org) is also a great organization with many resources available on line and in person.